We left Intermezzo in Marina Chiapas on Saturday morning to take the bus to the town of San Cristóbal de las Casas, about an eight hour ride into the mountains of Chiapas.

The bus ride was comfortable and uneventful, except for two immigration checkpoints. We are very close to the Guatamala and the Mexican authorities seem to be pretty serious about intercepting illegal immigrants from Central America. I wouldn't be surprised if the U.S. doesn't provide a good deal of the funding for these checkpoints as I expect many of these immigrants are looking beyond Mexico as their final destination.

San Cristóbal is an interesting town of about 130,000, a fusion of colonial architecture, local everyday life, modern art, young bohemian travelers, sophisticated restaurants, and indigenous peoples. A fun place to explore, with lots of sights to see. The cool temperatures are a nice relief from the hot, humid coast that we left behind and below us.

On Sunday morning I got up early to go for a run and was delighted to discover that a long distance running event was taking place and our street was part of the course. I enjoyed running in the company of more serious runners through streets that were shut down to traffic, with police at the intersections to let us cross. I started to feel a bit guilty when a cup of cold water was thrust into my hands at a refreshment station by a young man with an encouraging smile on his face. I started feeling fraudulent as the course neared the center of town and people lined along the street clapped and cheered for me. I felt a complete fraud when I realized I was approaching the finish line and the clapping and cheering for me increased, since I had run less than a couple of miles and my pace was quite a bit faster than the other runners who had run dozens of miles or more, and I passed one after another.  I couldn't stand my unintended deception any longer, so I turned off the course at the next intersection. To my horror, a policeman started running after me, yelling in Spanish, "Wrong way, wrong way", trying his best to get me back on the track to the finish line.  I put on a burst of speed to get away from him and disappeared into a warren of market stalls, now running amongst a crowd who were far less impressed by the athletic feats of a greying gringo.

We spent the rest of Sunday walking around town, wandering through the handicraft market and visiting the Museo Na Bolom.  This museum is in the former home of archeologist Frans Blom and photographer Gertrude Duby Blom and showcases their professional work and activist efforts, starting in the 1940's, to save the rainforest of eastern Chiapas and local Lacandón indigenous people who live in it. They were a very interesting and dedicated couple, especially Gertrude, ahead of their time. After all our exploring, we enjoyed a great dinner at a Lum, a modern fusion restaurant located in an Asian-themed boutique hotel.

Today we took a tour to see two nearby villages, San Juan Chamula and Zinacantán. Both are inhabited by Tzotzil-speaking indigenous people descended from the Maya. Even though the two villages are separated by less than 15 miles, they are quite different in terms of dress, main vocation, customs and temperament.  Both have adapted Christianity to ancient Mayan religious beliefs and practices, and vice versa. Of the two, San Juan Chamula was the more interesting, as they ran the last Catholic priest out of town in 1969 and run their church autonomously, independent of the Vatican. Shamans practice their healing arts on people, seated on the pine needle strewn floor of the church in front of colored candles. Bottles of soda matching the colors of the candles is offered to the saints. The saints wear mirrors on the chests and Jesus isn't at the center of the alter, St. John the Baptist is. You can understand why the priest had to go.  It is clear that these people have been fighting hard to preserve their culture and resist outside influences ever since the Spanish arrived. No wonder that Chiapas was the scene for a near civil war in the 1990's.

Tomorrow we head to Pelenque, considered to be one of the most beautiful Mayan ruin sites. 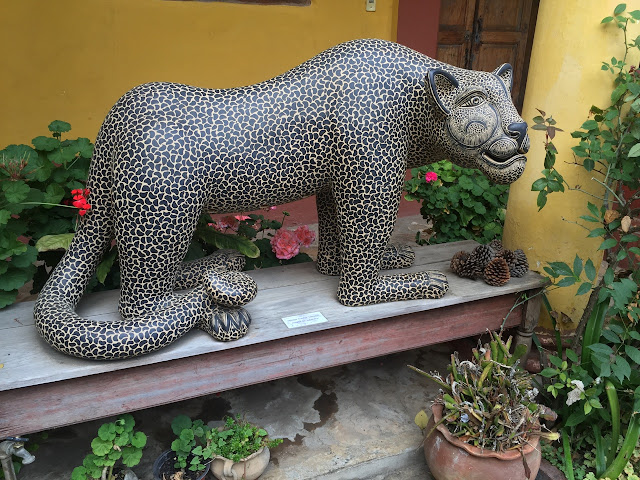 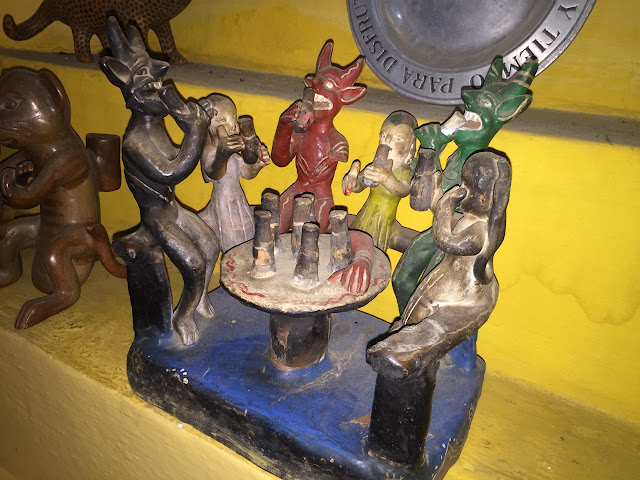 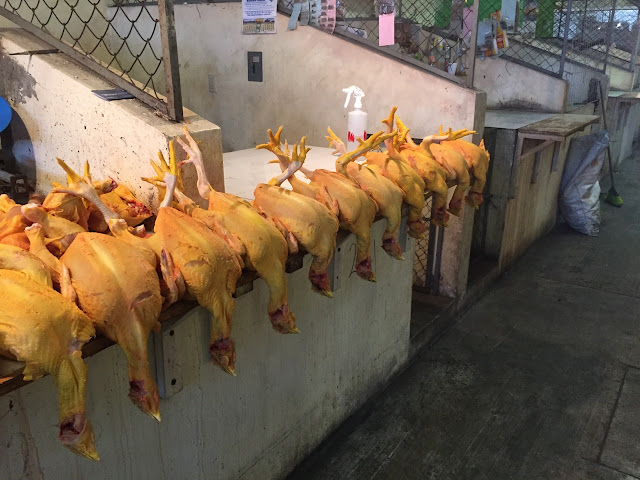 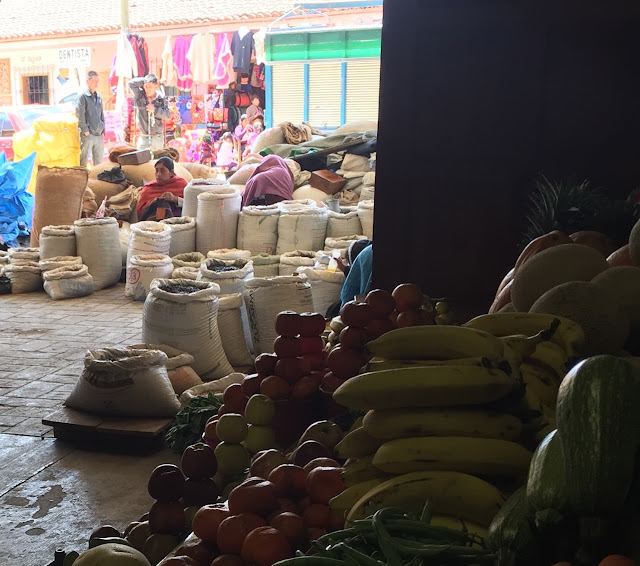