Change of Crew, Final Leg of The Voyage

Intermezzo has returned to Ocracoke Island, the first passage of the now “official” Final Leg of The Voyage with a destination of Mattituck, Long Island, NY.  We’re going to be making some miles over the next three weeks.

Intermezzo had a change of crew on Thursday.

Lisa left the boat on Thursday to do some land traveling in NY and New England. She joined on as crew in Isla Mujeres, almost two months and over a thousand nautical miles ago. She took good care of the boat and her happy, enthusiastic, extroverted personality offset that of the brooding, tormented, introverted captain. She would have half a dozen friends after just a couple days in port and was always ready with a small gift or card for someone who did a favor, was kind or just to make their day. She is already missed.

Renee returned to Intermezzo Thursday night after a long hiatus taking care of family and properties in California. She started The Voyage with me back in October 2015 and, if all goes as planned, will finish it with me in Mattituck in a few weeks. It is good to have crew back on board who knows the boat (and me) like the back of her hand. She has been mildly frustrated to find things on the boat have been rearranged since she’s been gone, consequences of frequently changing crew, my relentless efforts to de-clutter, and me forgetting where things are “supposed” to go. I offered her the choice of a relaxing three weeks meandering our way up to Annapolis or a purposeful three weeks driving the boat to Long Island. If you know Renee, you know that isn’t really a choice for her…she’ll go for driving with purpose every time. I’ll force some relaxing into the picture, though.

We left New Bern early yesterday morning after Renee had a couple days to explore the town. On Friday we did a walking tour of the town and enjoyed a nice dinner at one of the finer restaurants. Saturday took a long dingy tour up the Neuse River, making a loop of it by exploring a pretty side channel. In the afternoon, we borrowed the marina’s “courtesy” truck to provision the boat and get a propane tank refilled. The truck is named Quirky because it has quirks, like the windshield wipers sometimes working, sometimes not, the windows opening sometimes, sometimes not. Saturday afternoon, the windows decided it was time to not, so we roasted as we drove to and from the grocery store in the late afternoon. By evening, when the temperature had cooled considerably, the windows decided to work again.

Our route for the Final Leg of The Voyage will take us up the inside of the Outer Banks of North Carolina, across the Albermarle Sound and up the Pasquotank River to Elizabeth City. From there we will take the Dismal Swamp Canal (perfect for my brooding torment?) to Norfolk, Virginia. Then we have a decision to make. We will either sail up the Chesapeake Bay and then take the Chesapeake-Delaware Canal to the Atlantic via Cape May, NJ or we will go straight out onto the ocean from Norfolk. It all depends on the availability of family members in the Washington DC area to be able to visit the boat or not. Regardless of how we get back to the ocean, we’ll sail north to The Narrows of New York City and plan on finding a berth in a marina in Brooklyn. Then we’ll head up the East River and out onto the Long Island Sound. We’ll sail along the north shore of L.I. out to Mattituck, located at the beginning of the island’s North Fork.

I found dockage at Strong’s Yacht Center on Mattituck Creek for the rest of the summer.  Their Travelift is one fo the few in the region wide enough to haul Intermezzo out for storage on the hard during the winter.

After that? Who knows? 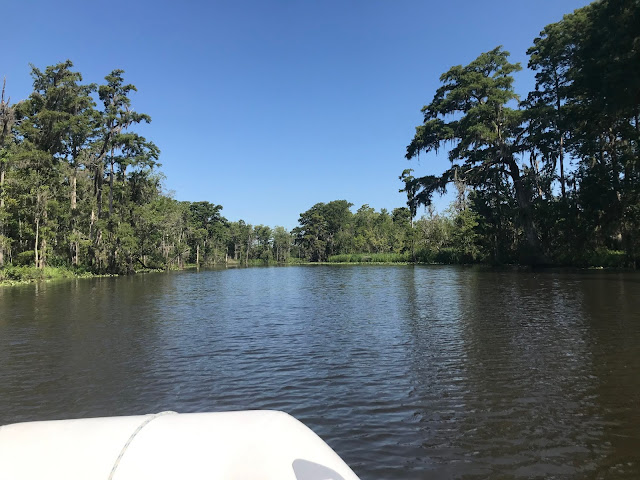 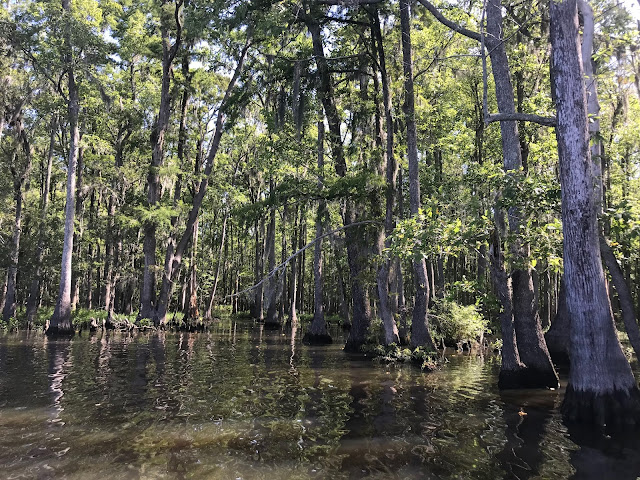